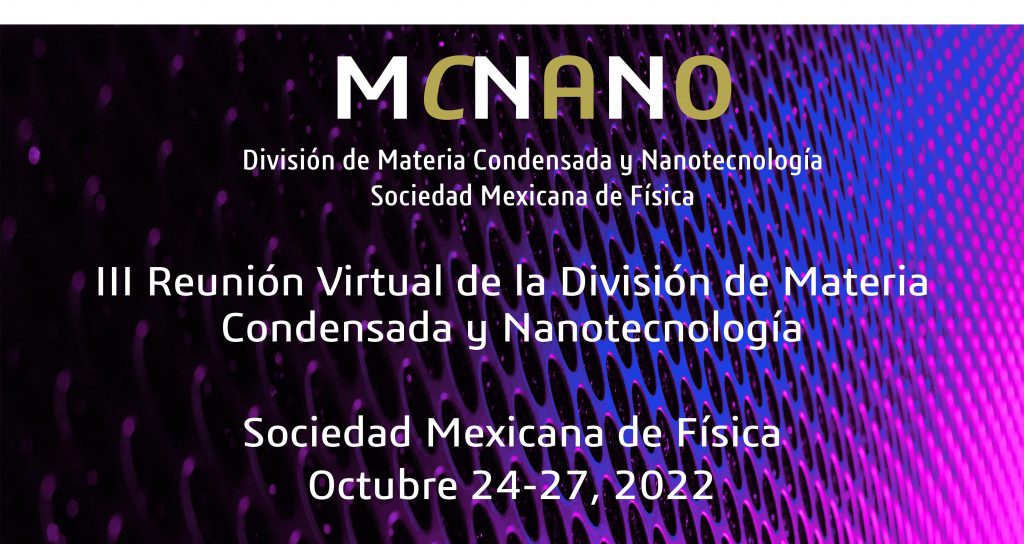 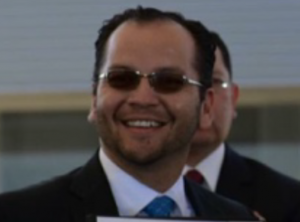 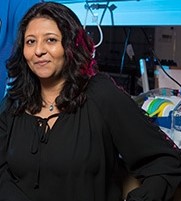 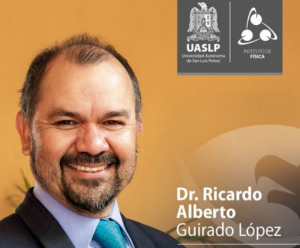 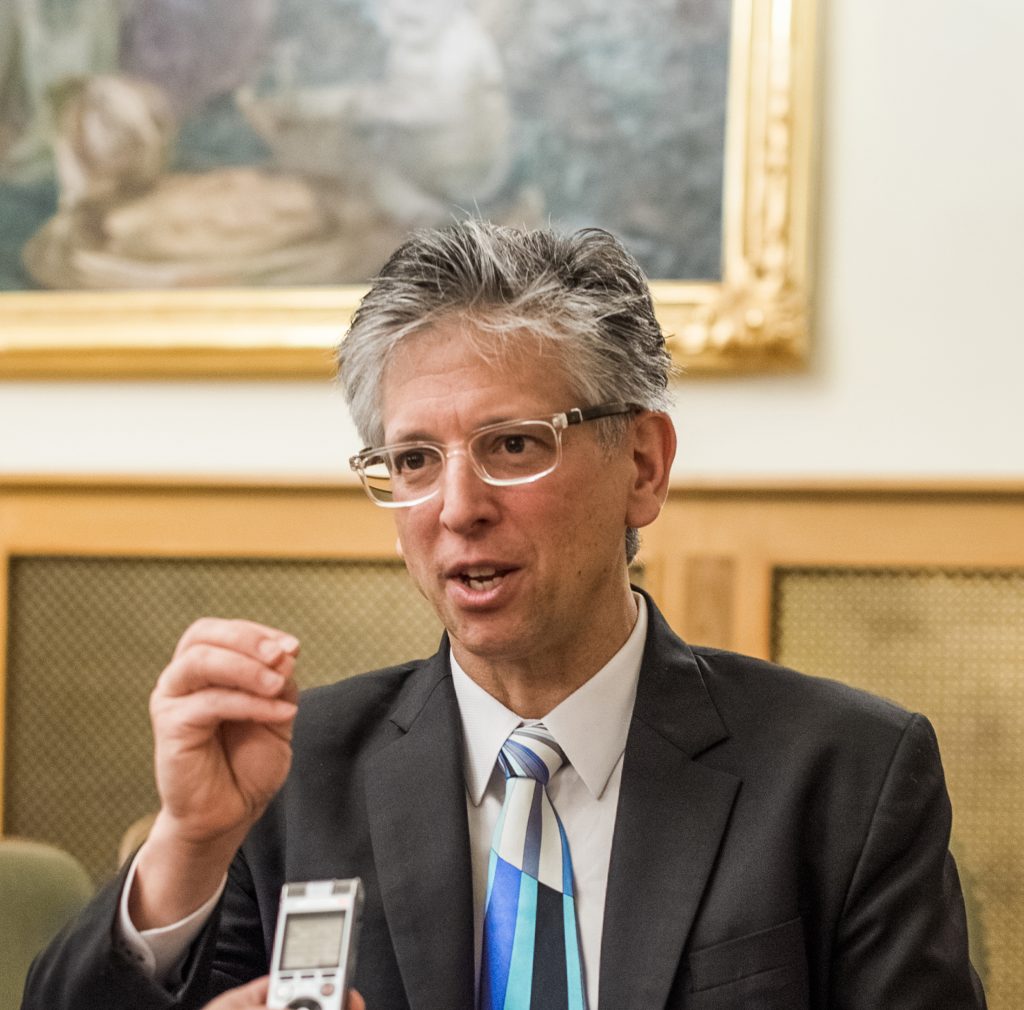 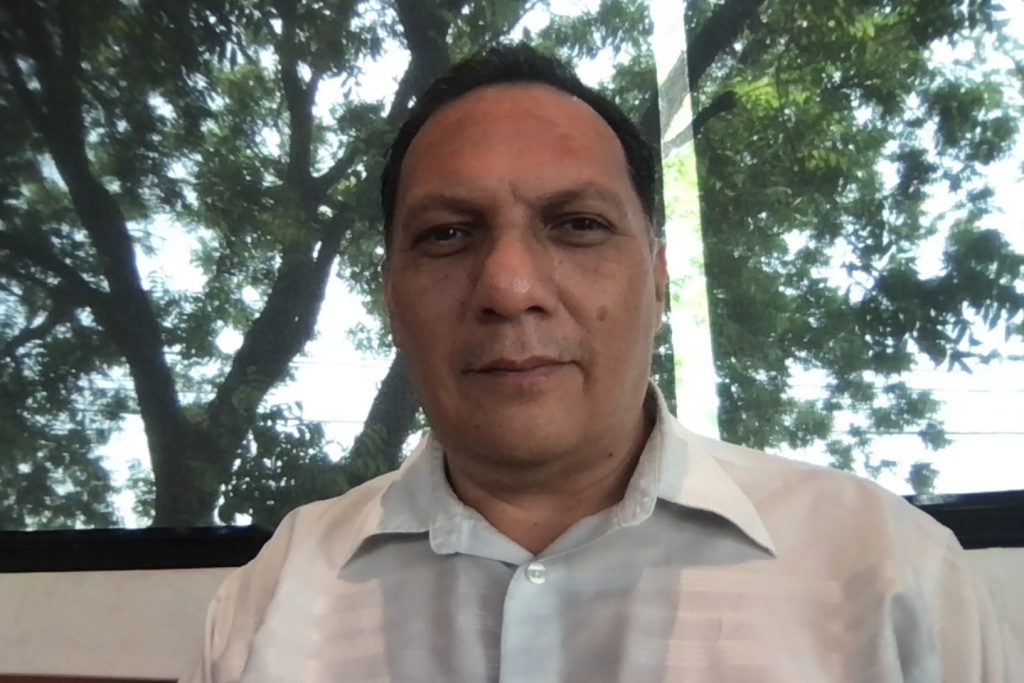 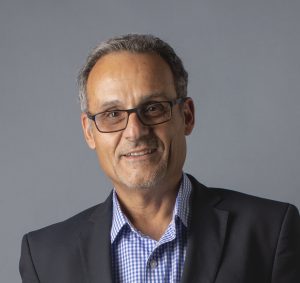 Probing the Mechanism of Nanoparticle Assembly at Oil-Water Interfaces 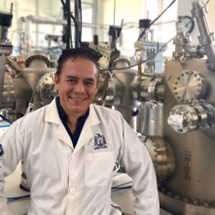 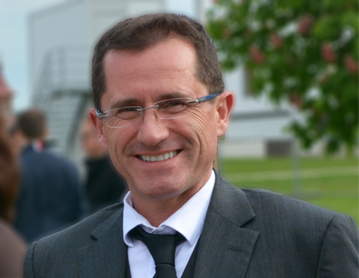 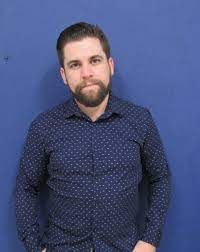 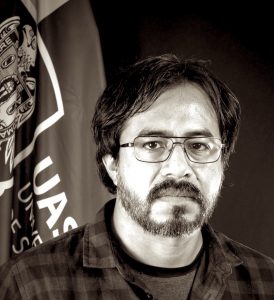 Currently, I am a Full Professor at the University of Guanajuato (Mexico), where I have worked for over 18 years. I work in the fields of Soft Matter Physics, Molecular Thermodynamics, Nonequilibrium Thermodynamics and Nanoscience, and am on the editorial board of one leading journal in these fields.

My scientific research includes 92 publications and 1 patent, and an h-index of 25, with over 2000 citations. My work has received special attention for inventive and creative first-principles theoretical frameworks and molecular-based simulations that reveal fundamental aspects about important scientific problems, such as the structure of complex fluids at bulk and near surfaces, the role of confinement or energy landscapes on the molecular transport, and the dynamical arrest transition, i.e., gels and glasses, in many-body systems interacting with attractive forces. More recently, I have been developing quite new artificial intelligence techniques for the study of a diversity of in- and out-of-equilibrium states in soft matter.

Sayantani Ghosh is a Professor of Physics at the University of California, Merced. She completed her undergraduate degree in Natural Sciences at the University of Cambridge, and obtained her PhD in Physics from the University of Chicago in 2003. Following a postdoctoral research position at the University of California, Santa Barbara, she joined the Department of Physics at the University of California, Merced in 2006. Her research group focuses on the physics of novel materials and develops techniques and protocols to manipulate their properties for applications in energy storage and information processing devices. Current topics her group is working on include nano-assembled ‘smart’ materials, nanoplasmonics-based optically triggered sensors and hybrid perovskite opto-electronic devices. She is a recipient of the Faculty Early Career Development Award (CAREER) from the National Science Foundation and is the Associate Director of the NASA-funded MACES (Merced Nanomaterials Center for Energy and Sensing) research center. She is also the founding faculty of UC Merced Women in Science and Engineering (WSTEM@UCM) and is very involved in educational and outreach activities at the undergraduate and graduate levels.

Paul S. Weiss graduated from MIT with S.B. and S.M. degrees in chemistry in 1980 and from the University of California at Berkeley with a Ph.D. in chemistry in 1986. He is a nanoscientist and holds a UC Presidential Chair and is a distinguished professor of chemistry & biochemistry, bioengineering, and materials science & engineering at UCLA, where he was previously director of the California NanoSystems Institute. He also currently holds visiting appointments at Harvard’s Wyss Institute and several universities in Australia, China, India, and South Korea. He studies the ultimate limits of miniaturization, developing and applying new tools and methods for atomic-resolution and spectroscopic imaging and patterning of chemical functionality. He and his group apply these advances in other areas including neuroscience, microbiome studies, tissue engineering, and high-throughput gene editing. He led, coauthored, and published the technology roadmaps for the BRAIN Initiative and the U.S. Microbiome Initiative. He was the founding editor-in-chief of ACS Nano and served in that role from 2007–2021. He has won a number of awards in science, engineering, teaching, publishing, and communications. He is a fellow of the American Academy of Arts and Sciences, American Association for the Advancement of Science, American Chemical Society, American Institute for Medical and Biological Engineering, American Physical Society, American Vacuum Society, Canadian Academy of Engineering, IEEE, Materials Research Society, and an honorary fellow of the Chinese Chemical Society and Chemical Research Society of India.

Studied physics at the Universidad Autónoma de Zacatecas (Autonomous University of Zacatecas), later performed doctoral studies at the Physics Institute “Manuel Salvador Vallarta” in Universidad Autónoma de San Luis Potosí (Autonomous University of San Luis Potosí). After finishing his doctoral studies, he did a postdoctoral stay at the Laboratorie de Physique des Solides at the Université de Paris XI in France. Since 2010, he works at the Universidad Autónoma de Nuevo León in the Physical and Mathematical Science Faculty in collaboration with the immunology and virology department of the Biological Sciences Faculty of UANL. Cofounder of the Physical Chemistry of Surfaces and Interfaces Laboratory, he has more than 30 publications in internationally referred journals and more than 300 citations. Has participated as co-advisor in 4 undergraduate theses, 6 master’s theses, 2 doctoral theses and currently directs another two doctoral theses. The lines of knowledge generation that he has developed are cell biomechanics and physical chemistry of surfaces and interfaces.
Vice President for Research and Innovation

Emmanuel Giannelis serves as Vice President for Research and Innovation. He leads the Research Division on the Ithaca Campus and, across all Cornell campuses, is responsible for technology transfer, intellectual property, and research policy. In this dual role, he reports to the Provost and to the President.
The Office of the Vice President for Research and Innovation (OVPRI) enables and advances Cornell research priorities, including research activities of Cornell colleges, schools, and research centers, institutes, and laboratories. The OVPRI advocates for researchers within the university, working with external agencies, sponsors, and government representatives; supports specialized research facilities and services for researchers; provides campus-wide research administrative support services; and facilitates major interdisciplinary research initiatives.
In his university-wide role, Giannelis, along with Cornell’s Center for Technology Licensing (CTL) and the Office of Corporate Engagement (OCE), champions innovation, entrepreneurship, and technology commercialization. The OVPRI, CTL, and OCE support researchers and entrepreneurs to translate scientific discoveries, technological innovations, medical advances, and new products to the marketplace. The goal is to accelerate the impact of research to society, to foster economic development within New York State and across the nation and to further Cornell’s land grant mission.
Giannelis joined the Department of Materials Science and Engineering at Cornell in 1987, where he is currently the Walter R. Read Professor of Engineering. He received a BS degree in chemistry from the University of Athens (Greece) in 1980 and a PhD in chemistry from Michigan State University in 1985. His recent research focus is on design and application of nanomaterials for energy, biomedicine, and the environment.
Giannelis is a member of the European Academy of Sciences, a fellow of the American Chemical Society, and a fellow of the Polymer Materials Science and Engineering Division of the American Chemical Society. He received the Cooperative Research Award from the American Chemical Society in 2014. He was awarded a Doctorat Honoris Causa (honorary PhD) in July 2017 from the Institut National des Sciences Appliquées de Lyon, Université de Lyon.

Victor H Mendez-Garcia: PhD degree in Physics from the Center for Research and Advanced Studies of the National Polytechnic Institute, Mexico in 1999. Research Fellow in the Department of Electrical and Electronic Information Engineering, Toyohashi University of Technology, Japan (1999). President of the Mexican Society on Science and Technology of Materials and Surfaces (2009-210). Founder of the Nanotechnology and Renewable Energy careers, college and Master degrees at the Faculty of Sciences of the Autonomous University of San Luis Potosi (UASLP). Currently works at the Center for the Innovation and Application of Science and Technology UASLP-Mexico. Victor does research in Nanoscience and Nanotechnology, Materials Science, Solid State Physics and Devices. He has published above 120 scientific papers and 3 book chapters, supervised 13 and 18 doctoral and master degree thesis, respectively. Their current projects are related with the self-assembling of quantum dots, bidirectional nanowire superlattices, highly mismatched alloys for photovoltaics and THz emitters.

Frank Scheffold, born in 1969, holds a chair in experimental physics at the University of Fribourg (Switzerland). He studied at the University of Konstanz (Germany) and at the Weizmann Institute of Science (Israel, with Prof. Jacob Klein). He received his PhD from the University of Konstanz in 1998 for research he had done at the Institut Charles Sadron (Strasbourg, France) and in Konstanz with Prof. Georg Maret. After his habilitation at the University of Fribourg in the group of Prof. Peter Schurtenberger, he was appointed Associate Professor in 2004. Since 2009 he holds the chair of “Soft Matter and Photonics”. Since 1996, he has authored about 120 peer-reviewed scientific articles. He has been a visiting scientist at UC Los Angeles (2009), the University of Queensland (2014), and New York University (2019) for several months. His research interests include the optics of complex systems, static and dynamic light scattering, diffuse light propagation, the dynamics of colloidal systems, aggregation and phase behavior, and the fabrication and characterization of soft materials. He was a member of the Swiss National Research Council from 2011-2019. He is co-founder and currently chairman of the technology company LS Instruments AG, Fribourg, which develops and distributes advanced light scattering devices for industry and science. He is a founding member of the Swiss National Center of Competence in Research “Bioinspired Materials” based in Fribourg and was a member of the Center’s Executive Board from June 2014 to May 2022.